Action dreams are quite rare. What is an action dream? It is when you dream that you are in an action movie or that there is a lot of action in the dream state.

Many people have dreams that involve so many events or that are full of action. We need to break down the interpretation down to the details found in the dream. What were the reasons for the action in the dream state?

The detailed meaning of an action dream

Was there a lot of action movement in the dream? In the dream state we often dream action-filled dreams when we feel stressed or worried about someone or something. Being in a computer game like Xbox or Play Station has an effect on our mental state and our dreams. I remember having very vivid dreams after playing halo on the Xbox, but being a psychic I knew that these dreams were just a projection of my gaming state of mind. So if you’ve played Xbox or PlayStation before bed, it’s normal to have crazy dreams.

If you look at the famous Grant Mac Ewan University psychologist, Gackenbach conducted research on how playing a video game affects one’s dreams. This was done in the 90’s. He basically concluded using his son‘s gaming habits that if you play video games for two hours or more, it will affect your sleep state. It’s really strange how being in another reality (in the dream) and in the game will affect the dream itself.

Now moving on to dedicated real gamers, further research by Gackenbach concluded that lucid dreams are evident after excessive gaming. He also associated that actual control over the game itself was enough to trigger lucid dreaming. Is this because the dreamer/player is in control of his own reality in the waking world, the game world, and thus the dream world?

Due to the violence that is associated with many games, the “nightmares” we experience being someone who does not play means that you can handle it better in your dream state. So, to conclude on this meaning of dreams. Playing a video game in a dream is common if you do it in the waking world. Looking at it from a broader perspective as games are used to dealing with stressful realities, nightmares are not nearly as horrific as what non-gamers perceive. Gackenback also identified that many who play these games have crazy and strange dreams. They are used to a more “lucid” sense of dreams. His research is interesting and he is now looking at how our world like the iPad is affecting young children.

Seeing yourself in an action movie in a dream

Dreaming of being in a war or with a lot of action indicates stress in life. Remember that you need time to relax and think about the future and your goals.

Also see the meaning of our dream of an action hero by clicking here.

The feelings associated with the dream of an action

What does it mean to dream about accessories?

What does it mean to dream about foreign accents? 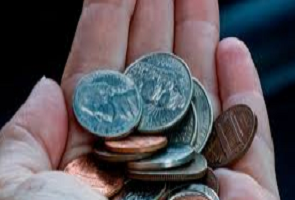 What does it mean to dream about the Comba? What does it mean to dream of lard?