Angels are considered good omens in your dream. The appearance of such figures in your dream means that you are looking for stability in life, and that you may have lost your way.

You need to think about helping others, and strangers in particular. Think about what someone would like to do. Maybe you can try to work things out, to make someone happy, even if it’s just for a day! There is a difference between the types of angels that are shown in your dream. If your angel is silver in color then this shows that you may have acted cold towards a close relative.

In your dream you can have..

The detailed interpretation of sleep

Angels represent goodness, protection, and the heavenly realm. Dreaming of angels is a symbol of good luck, or a harbinger of a birth or death in your family. Another example of seeing the divine shows that you have reached a significant point in your spiritual development. From a gender point of view, if a woman or a man dreams of an angel, the meaning remains that you may need to bring religious concepts into your life. Think about how religion can help you in your life right now.

The question regarding this dream is: do guardian angels exist? Unfortunately, the Bible does not provide a definitive answer. What we can conclude is that the Lord Jesus did say, “See that you do not despise one of these little ones. For I tell you that the angels of him in heaven always see the face of my Father who is in heaven »(Matthew 18:10). If we review Psalm 91:11, he says, “For he will command his angels over you to guard you in all your ways.”

The ancient dream dictionary meanings about angels focus on spirits, whose sole study is the acquisition of knowledge. Therefore, these spirits are allowed to wander, and even pass beyond this solar system to others, and acquire knowledge.

Angels have baffled many people for hundreds of years. Looking at biblical studies, its appearance has been found in the texts of the religions of Islam, Christianity and Judaism. We can also look at the book of Hebrews which refers to angels as “ministering spirits sent to minister to those who will inherit salvation” (Hebrews 1:14). We can conclude from the religious text that they all seem to have several things in common; that angels offer communication.

On occasion, some angels offer guidance so that God’s followers understand what he requires. This is evident in Matthew 1:20-21; An angel appeared to Joseph in a dream and gave him a message to take Mary as his wife and name his son Jesus. Therefore, we can conclude that the angels are known as the messengers. The name ‘angel’ comes from the Greek ‘angels’ which means ‘messenger’. Since we have investigated the meaning of angels, it is important to give an answer as to why they appeared in your dream. How did they appear in your dream? Angels can provide supernatural protection, and these types of dreams usually have a different feel than other dreams.

We can assume that all dreams are secret messages from our unconscious mind. Angels are important as they are associated with peace of mind. The other meaning of this dream is that the appearance of an angel means that you are getting closer to God.

Angels are associated with things that you have retained in memory, the things that you see and hear in real life. The more spirits and angels appear in your dream, the sooner and more fully they become imbued, and the more seriously you should listen to what they say. It is evident that wisdom continually grows within you. This dream is connected to your own wisdom, because you love knowledge. An angel in your dream may appear as something else, like a ray of light or a peculiar creature. You will know when an angel has appeared.

Seeing an angel flying means honor, speedy recovery, luck, and ease with a problem. An angry angel means serious losses. More than one angel is the sign of joy and happiness. If the angel takes you with him, it is the threat of a separation. Being among the angels in your dream foretells happiness with devoted friends. A sad angel means serious losses, while a joyful angel suggests spiritual development.

The feelings you may have encountered during a dream of angels

What does it mean to dream of Anesthesia?

What does it mean to dream about Talking Animals? Dream About a Positive Pregnancy Test

What does it mean to dream about Santa Muerte? 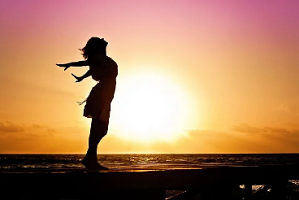 Meaning of Dreaming with Breath 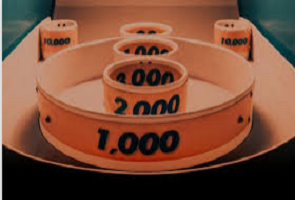 Meaning of dreaming about scoring