What does it mean to dream of dogs? We are going to discover the meaning of dreaming about dogs in this wonderful article (at least for me it is exciting because I love dogs)

DOG IS SYNONYMOUS WITH FRIENDSHIP

Everyone knows that the dog is man’s best friend, a faithful friend who is capable of giving his life for his owner and defending him from any aggression or threat. They are affectionate animals that, unlike cats, take care of the house and its inhabitants, make their master’s property their own and bark or attack if someone tries to enter and they don’t know them.

Many people consider the dog as one more member of the family, as a pet that is highly appreciated and cared for unceremoniously, it is without any doubt a faithful companion for the owners and for the owner’s family. In this way many people feed dogs as well as or better than many humans.

MEANING OF DREAMING OF DOGS AS HELPERS

In many professions, dogs have a vitally important role; for example police dogs or fire dogs, which save many lives.

But there is another version of dogs, which obeys that of a fierce and aggressive animal that has even killed people or animals . All derived from its wild and wolf origins. Their growls, claws and teeth and their unpredictable power (especially in large breeds and classified as dangerous) make canids a beloved animal but also very feared by many people; therefore it is an animal that must be respected.

There are many people who have a phobia of dogs and get nervous, break out in cold sweats and stay away from them even though they are very small.
During our lives, surely many of us remember dogs that have crossed our childhood, in our routine and day to day, or have been one more in families; since it is a very popular pet. Even children and babies have dolls or stuffed dogs that they are very fond of.

TYPES OF DREAMS WITH DOGS

The meaning of dreaming of dogs has two clear and obvious aspects; one positive and one negative . One close and friendly and the other fearful and acerbic.

In order to accurately interpret the meaning of dreaming about dogs, we have to see what role it plays in the dream; for example:

WE DREAM OF DOGS ATTACKING US

If it is a dog that threatens us, and wants to attack and bite us, we are facing a dream that represents a feeling of guilt , a recurrent guilty conscience of some slip we have committed. Something we have done in the past comes back to us now and stuns us.

WE DREAM OF SMALL DOGS

When it comes to a small dog that runs very fast but we do not perceive any threat, it is a dream that identifies the dreamer as someone without personality. Lack of identity or character in certain situations.

MEANING OF DREAMING OF DOGS CHASING US

The dream of a dog that runs after us but never catches up with us, implies a behavior or sexual instinct that is hidden within us and which we want to release . It symbolizes carnal desires, repressed and implicit impulses in the personal situation, which are at the bottom of our subconscious and that come to light in fantasies.

WE DREAM OF SEVERAL DOGS

Dreams where several dogs appear must be combined and interpreted in the generality of fantasy since the fact that they are several instead of just one does not have any special symbol.

Some psychologists see in this type of dreams the need to draw attention to the dreamer. They are people who, above all,   want to be the center of the world and that everyone notices them, and they do not conceive of life without each comment or situation revolving around them, otherwise they fall apart and suffer.

MEANING OF DREAMING OF DOGS IN CAGES

The way of being and therefore the authoritarian and protective character of the dog, means that, if we dream of a locked dog , it refers to the feeling of dominance and control, especially if the animal is tied on a leash or with a chain.

Objectively, the appearance of a canine in our dreams is associated with the positive values ​​of fidelity, affection, friendship, companionship, protection … all positive values ​​that are very present in a large number of dogs and their owners.

As we mentioned before, many people have an irrational fear of dogs, making dreams of dogs represent an apparently unfounded panic or fear that has not yet been resolved. Sometimes that phobia is not understood by others but if we had had bad experiences with dogs in our childhood we would understand it perfectly.

The dog represents power and authority, which in the sexual sphere adds emotions and desires of respect and submission in the relationship; People who want and need to be sexually directed and subdued symbolize these types of feelings in reality and in dreams.

What does it mean to dream about cockroaches

What does it mean to dream about wasps

What does it mean to dream of Carnival? 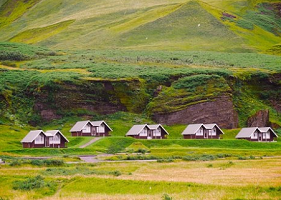 Meaning of Dreaming of Villager What does it mean to dream about picking up garbage

What does it mean to dream of someone’s feces?

What does it mean to dream about hugging someone?

What does it mean to dream of profits?

What does it mean to dream about party? 25 Dream Interpretations

What does it mean to dream about traveling to space Dream about a plate of food 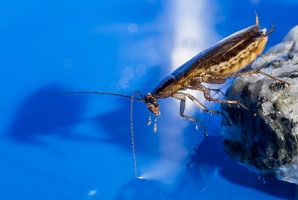 What does it mean to dream about garden? 23 Dream Interpretations

Examine Your Dreams…
Categories
Recent Posts
Featured Posts
What does it mean to dream of Mint?
July 21, 2022