Meaning of dreams of Freud. The Austrian neurologist of Jewish origin Sigmund Freud is deservedly considered the father of psychoanalysis, among other things, for his particular theory on the meaning of dreams, which he reflected in 1899 in his work The Interpretation of Dreams , with which he founded a new practice: psychoanalysis.

In this work Freud uses his own dreams as an example to develop his general theory on the psychology of dreams. We are going to know what is the meaning of dreams according to Freud .

Surely on more than one occasion you have asked yourself this question. The answer according to Sigmund Freud ‘s studies is that yes, dreams do make sense . What happens is that on many occasions a single dream does not have it, but if you analyze several different ones then you can conclude that dreams are a set of coherent ideas .

We must always try to analyze our fantasies, and relate them to the personal moment we are experiencing, since objectifying it will give us an idea of ​​the meaning of that dream. Likewise, within the same dream you can also find that inner coherence, an order that is very important although at first glance it may not seem so.

HOW TO INTERPRET DREAMS ACCORDING TO FREUD

According to Freud, man is not able to control his own mind and all the emotions that we keep in our subconscious reach the conscious part while we dream. This means that many repressed memories we can only see in dreams.

What’s more, while we are awake we don’t even remember having lived those experiences, that we can visualize when dreaming.

One of the meanings that Freud gives to dreams is that they represent the fulfillment of a desire or need . And this not only happens with those beautiful dreams that you can enjoy but also affects nightmares.

In nightmares, what is represented are the wishes that we have not been able to fulfill in our lives, but also our fears or phobias . This is very common if, for example , you dream of spiders  or other types of arachnids or insects.

Freud focused much of his studies on dream interpretation on sexuality. According to his first theories, small and closed objects such as boxes, chests or vases refer to the female sex while long objects such as canes and umbrellas meant the male sex.

Over time, this interpretation changed and evolved, because the psychoanalyst himself realized that it was too simple and imperfect a theory. However, Freud continued to study these behaviors and as a result developed the complex concept of Oedipus.

What do you think of this interpretation of dreams? Help us complete this article by leaving us a comment!

What does it mean to dream of wax? Dreaming about streets , many paths to go

What does it mean to dream of bamboo canes?

WHAT DOES IT MEAN TO DREAM ABOUT LICE? 12 Dream Interpretations

What does it mean to dream about stealing jewelry

Dream about the Accelerator Pedal: Interpretation and Meaning

Meaning of dreaming about shaving Dream of a clean river

What does it mean to dream about cold water

what does it mean to dream about young people

What does it mean to dream about trips/planes/suitcases 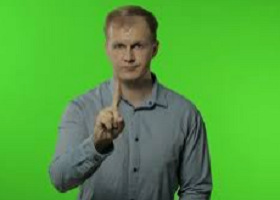 Meaning of dreaming about admonishing Dream about a wooden door