Most of the time dreams are signs of events that are about to happen or the warning that something is not right, in this case I will inform you about what it means to dream of tarantulas and how to interpret them according to what happens in the dream. .

Dreaming of a tarantula represents feelings of utter hopelessness or despair, you feel powerless to do anything except realize that something you fear is slowly overtaking you. Feelings of being slowly trapped by a fear that will consume you.

Alternatively, a tarantula may reflect fearful feelings that you are fully aware that you are slowly setting yourself up for total failure or embarrassment.

What does it mean to dream of tarantulas? 23 dream interpretations

The spider, in general, is a strong dream archetype. For the ancient Greeks , Arachne was a great weaver who challenged the goddess Minerva to a weaving contest, although she was skillful, her story indicates that mortals pay a price for thinking they are as good as the gods: Minerva transformed Arachne into a spider.

The spider is an almost universal symbol of Fate: a teacher, a destroyer, and a trickster.

Dreaming of a tarantula indicates that you are surrounded by enemies that will bring you some kind of loss, it can also symbolize the “dark” side of your personality or predict poor health or a disappointing love affair.

It usually symbolizes someone in your life who is cunning and cruel or represents someone who is suffocating you. The dream spider may be telling you that you too should be more self-aware.

It is a meaningful and spiritual dream that encourages you to investigate the meaning of life, the tarantula indicates that everything is connected and that you should be more aware of how you fit into the world.

As in all dreams, the feelings you have about tarantulas influence the meaning of the symbol. If you are afraid of spiders, the tarantula will have negative associations, such as being stuck in a bad situation, if you see it as a symbol of connection, it will mean that you must integrate into your environment.

If you saw a black tarantula in your dream , that dream is usually a bad sign, it symbolizes disappointments, deceit, dishonesty, betrayals and similar bad experiences and feelings.

2.- What does it mean to dream of live tarantulas

This is one of the most surprising meanings of dreaming about tarantulas, because dreams of living tarantulas symbolize the beginning of a friendship or a love relationship that will be very fruitful. In this case, the tarantula is a symbol of togetherness and closeness, and does not represent a threat, since danger and threat are invested in positive feelings of affection and loyalty.

3.- What does it mean to dream of tarantulas and kill them

This dream can have a bad meaning, indicating financial problems and losses, as well as other difficulties that you might experience soon. It could be a warning about some decisions you have to make, so think carefully before you decide something.

Dreaming of killing a tarantula is often associated with the metaphor of being trapped. On the positive side, this dream means that creativity is your weapon to move forward in life.

4.- What does it mean to dream of white tarantulas

If you saw a white tarantula in a dream , it is a very good sign and has spiritual meaning, it indicates the increase in your hope and the healing process you are going through.

If you dreamed of a yellow tarantula , that dream is a good sign, usually indicating some lucky but unusual events that you might experience soon.

6.- Meaning of dreaming of dead tarantulas

Dreaming of dead tarantulas indicates overcoming your problems and the ability to do so, no matter how big they seem. Dreams of dead tarantulas are the symbolic representation of great changes in your life, which will take you to a new stage of your life through personal improvement.

If you dreamed about a big or giant tarantula , that dream usually describes your attitude towards something. You are probably exaggerating in some situation and making a big fuss over a minor matter.

Dreaming of a brown or brown tarantula means that you will soon be given bad news of any kind.

If you dreamed of a red tarantula, that dream is a good sign as it indicates passion and happiness.

10.- Dreaming of tarantulas and spiders

Having a dream of this type, of tarantulas next to spiders, indicates that you feel very insecure of yourself, so you are a person who needs to depend on another to do things, regardless of what you want for yourself.

Dreaming of being stung or bitten by a tarantula and feeling the pain of the bite is a bad sign. It is usually a warning about your behavior and attitude towards other people, maybe you tend to gossip and criticize others, usually in your workplace, your behavior could jeopardize your reputation and position at work. You need to start controlling your reactions and your words.

The dream of being bitten by a tarantula could also be a warning about potential problems that you could get involved in soon, maybe you will be attacked by people at work who envy your success.

Often a sign of being surrounded by people who are jealous of you, this dream could also indicate the failure of some projects or endeavors, and experiencing financial loss.

12.- Dreaming of many tarantulas

If you dreamed of seeing many tarantulas gathered in one place, that dream is usually considered a good sign. It could indicate that you will soon receive the necessary help from some family members or friends, this dream is also an encouragement to seek help when you need it, so you have many people in your life who would gladly help you.

This dream often reminds you to express your gratitude for the help and support you receive from loved ones.

13.- Dreaming of black and yellow tarantulas

Having a dream with a black and yellow tarantula indicates that you may be at risk of suffering from a terminal illness, so it would be a good idea to seek a doctor to avoid possible circumstances.

It is one of the many dreams that can be had with tarantulas, it indicates that in the next few days you will feel sad because you may be afraid or fear that causes insecurity, and where you will not feel able to face it, due to the lack of Confidence and little interest in decision making. It is important to realize that the faster the situation is dealt with, the faster a solution is found.

15.- Dreaming of tarantulas on the wall

Dreaming of a tarantula that is on the wall can mean that you have many desires to achieve that goal that has cost you a lot and that despite this, you have not given up.

Having a dream with a colored tarantula has a negative interpretation, it brings unexpected situations such as family problems or love and sentimental fights. In addition, it can affect work performance and economic problems, resulting in stress and a bad home environment.

17.- Dreaming of tarantulas and cats

When you have a dream with tarantulas and cats , it can indicate that certain people around you are not really your friends and that they only let you know or pretend that they support you to know your weak points.

Dreaming of tarantulas that are fighting means that you will soon be facing serious and sad problems, whether it is a loss or some situation that affects you a lot.

19.- Dreaming of tarantulas attacking me

Having a dream with a tarantula attacking you is a clear sign of the feeling of threat that keeps you restless and worried, of the feeling that your problems are chasing you and not letting you live in peace.

If you feel that you have no escape, and that everyone wants to betray you, deceive you or lie to you, if you suffocate because of the thousands of problems you may have in life, dreaming of tarantulas attacking you is synonymous with the anguish you have.

20.- Dreaming of stepping on tarantulas

If you step on a tarantula in your dreams it means that heavy money losses are coming, in case you have a business it is important that you get up to speed.

21.- Dreaming of a tarantula in your hand

If when you dream you have a tarantula in your hands , it means that you will have a very unpleasant conversation with a person that you appreciate very much and that you may be disappointed for many reasons that you did not even imagine.

22.- Dreaming of tarantulas on the back

To dream that a tarantula is walking on your back can indicate that you are facing many problems lately and if you do not act on it immediately, it means that it is overwhelming you and you feel unable to solve it.

If, on the contrary, you try to remove them, it means that you are fighting against those problems and that you can handle the obstacles that come your way.

23.- Dreaming of tarantulas at home

Seeing tarantulas in your dreams enter your house means that different problems are entering your home in some way, they can be marital, economic or family problems.

Pay attention to everything around you to determine where the problem is and keep in mind that the attitude you show in the dream indicates how your subconscious feels about it.

The interpretations of a tarantula that appears in your dream are varied, much depends on the circumstances that prevailed in it. The feeling of fear in the face of your problems and anxiety about your daily worries is one of the most common feelings that your subconscious recreates in your dreams, this is represented in different ways, and one of them is through the appearance of tarantulas in your dreams. your dream experiences.

If you have wondered about the meaning of dreaming of tarantulas, you must take into account the paralyzing fear or phobia that you may have due to some financial problem, a conflict with a partner or friend, a love disaster, an emotional or personal crisis and a betrayal of someone else. a person very loved by you.

What does it mean to dream about vinegar?

What does it mean to dream of the Primrose Flower?

DREAM ABOUT TRAIN AND RAILWAY

What does it mean to dream about oils

What does it mean to dream of kneeling?

What does it mean to dream about curtains? 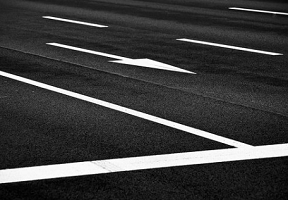 Meaning of Dreaming with Tar

Meaning of Dreaming about Back | 12 best back dreams

What does it mean to dream of lions attacking?

What does it mean to dream of Cocaine?

What does it mean to be a Lucid Dreamer? What does it mean to dream of Jasmine? Dream about swimming in a river

What does it mean to dream of the month of July?

What does it mean to dream about bulletproof vests?