The army seen in dreams is associated with internal or external conflict.

The military is associated not only with war and aggression, but also with the need for courage and understanding of others. Seeing an army in a dream can be connected to life and the way we deal with our problems and people and to some degree the traumas we face. Sometimes one dreams of the army when there is a problem in one’s waking life of feeling left out. It may be that you feel left out by friends or family or simply because of loneliness.

The army in a dream is associated with your internal conflicts. Serving in an army is a suggestion that you may have difficulties in a close relationship. Seeing other people serving in the military is a suggestion that you may have an argument with someone close to you. In ancient dream dictionaries, the army symbolizes winning a card that will bring good news. The actual details of the dream are equally important. If you dream of being led by another in the army, it indicates that you are moving away in life. Are you thinking of walking away?

The detailed meaning of the dream of the army:

Seeing the army in a world war is a suggestion to face a conflict with another person in the future. Seeing the first wars or the old wars in a dream like World War II is a suggestion that you need to be more organized in life. The fact that you have seen a war in the dream state indicates that everything in your life in the past seems disorganized. It is your subconscious mind that is not able to understand what you need to do next. Being intimidated by someone from the military in the dream state may indicate that you need to confront someone in waking life.

Being punished in the army, for example by cleaning the floor with a toothbrush, or seeing any kind of army exercise in the dream suggests that you need more control over your life. To see an army officer in your dream means that good family relationships are predicted. Noticing a match or fight in the dream is a suggestion that you are going to be fighting your emotions in the future. Seeing a captain’s lieutenant in your dream may indicate that you need direction from another. Seeing military vehicles and the army in the dream can foretell that you need to be overprotective like another.

Seeing an army fighting in a dream is a suggestion that conflict may soon be yours. If you lose a battle in your dream, this can suggest that you may be having difficulties at work, especially with a specific project or task. An army firing range in a dream is a suggestion that you are going to seek outside help. If you see the army with weapons or holding weapons then this dream indicates that other people are going to hurt you in the future. There is a focus on worry and trauma if you see the army closing in on you to fight. The advice here is that you should think about all the actions you take in the coming months. Try not to make any big decisions if you can help it, this is a key message from the ancient dream dictionaries.

Seeing a dead man and army troops suggests your rigid attitude of strong belief system. It could also mean that you are good at handling problems and enduring tough times. The army and corpses in a dream mean that you need to take a break and relax for a minute. It’s okay to break the rules sometimes.

A dream that includes a foreign army has a negative meaning. For example, the person who dreams of an army may have a stubborn posture and should practice compassion. If a girl dreams of an army coming towards her, it suggests conflicts with her friends due to a stubborn attitude. Sometimes dreaming of an army can also indicate a future conflict with other people or an internal conflict in the mind of the person who is having the dream. It can also indicate future aggression, anger, anxiety, or even trauma. A person who dreams that he is part of an army suggests that he longs for a more organized life, however, changing the lifestyle seems to be a huge and scary step.

You shot someone when you were in the military:

You are ready to take control of your life. Although you love your life, your dream is trying to tell you that it is okay to love yourself.

Although you know that you may face social rejection for doing something you wanted to do for a long time, you are ready to face everyone and everything to be happy and live your life as you want. Your dream tells you to go for it.

You wanted to leave the army:

If you dream of leaving the military, it may mean that you are about to leave the job you hate or put someone you have been tolerating for a long time where they belong, in your past. Your dream encourages you to do it.

Feelings that occurred during the dream of the army:

What does it mean to dream about eclipse? 5 Dream Interpretations

What does it mean to dream about priest

What does it mean to dream about time travel

What does it mean to dream about walrus How rare is it to dream about Yuca?

What does it mean to dream of Animosity?

What does it mean to dream of Corruption? Dream of a tame bull

What does it mean to dream of Virginity?

What does it mean to dream about bundles of bills 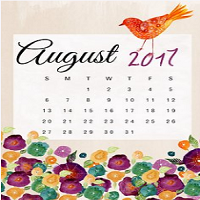 Meaning of Dreaming with Almanac

DREAM ABOUT DYING OR DEATH