With its imposing appearance, its considerable weight, and its not exactly reassuring expression, those who dream of a bear often report a sense of anguish that is very important during the dream experience.

In other cases, however, the bear may be much more cuddly than is actually possible.

Depending on these and other possible characteristics of the dream experience, let us try to understand what it means to dream of a bear , what interpretation to give it and the best numbers to play the lottery .

Simply dreaming of seeing a bear without necessarily implying aggression or direct contact with the animal, may have to do with important male figures in your life such as an older brother, father or partner.

In this sense, the most correct interpretation is that the dreamer lives a period of vulnerability in which he feels the need to be close to the people he considers most impressive, safe and protective.

Another possibility linked to the dream of seeing a bear is that the dreamer is repressing some of his instincts , probably of a sexual nature or linked to the lighter aspects of life, being imprisoned by strict rules that make him seem inscrutable and severe.

Dreaming of a bear that wants to attack or chase

An oneiric representation that is certainly not very calm is that of the bear attacking the dreamer or chasing him through a forest.

In this case, it is very likely that the subject is repressing some instincts that, almost like a chase, return from the depths of the unconscious to be seen and felt strongly.

These could be particularly shy and taciturn subjects who harbor a grudge against those who continually try to overwhelm them or, as mentioned above, overly rigid people who can’t let go.

In this sense, the escape acts as an alarm bell to make the dreamer understand that he continues to make the same mistake, as in a loop.

Meaning of dreaming of a bear: color makes the difference

As has been described in detail on several occasions, colors in dreams can provide an important starting point for interpretation to capture all aspects of a dream experience by personalizing the psychological aspect in a way consistent with the experience and dreamer’s personality

In this specific case, dreaming of a bear with hair of a certain color can give us important indications to better understand what the unconscious wants to communicate to us .

Dreaming of a polar bear, then a white one, indicates, for example, that the dreamer is ready to undergo an important change that could soon turn his existence into a positive one . This interpretation is reinforced if in the dream the bear behaves in a docile and meek manner.

If the dream bear is black instead , there is probably a period of difficulty that is also difficult to manage, and above all because of the overly pessimistic character of the dreamer, which makes the obstacles more complex than they already are in reality.

Dreaming of a brown bear, finally, has to do with economic problems that are too much to harass the dreamer’s mind compared to the real magnitude of the situation.

Dreaming of a bear and lottery numbers

According to Kabbalah, the number that is generically associated with the dream of a bear is 16 . If the bear is white, the best extract to mark is 62 while for those who dream of being attacked by a bear the advice is to mark 13

What does it mean to dream about God – Jesus Christ

What does it mean to dream of Ugliness?

What does it mean to dream about razor?

What does it mean to dream of becoming a ghost?

What does it mean to dream about your ex 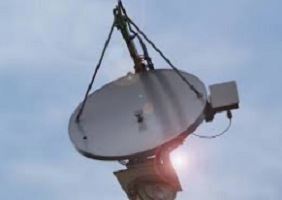 Meaning of Dreaming with Antenna

What does it mean to dream about rotten meat Biblical meaning of packing luggage in a dream

DREAM ABOUT GAMES OF CHANCE What does it mean to dream of avoiding someone?

What does it mean to dream of Big Rocks? 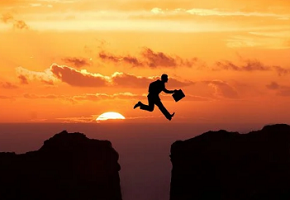 What does it mean to dream about blaspheming?