What is the meaning of dreaming of ghosts? horror! Uy uy uy, I don’t even want to think about it… I’m getting scared right now!! How do we know if we are seeing a ghost in reality or we are seeing it in dreams?
When we start talking about ghosts, unless it’s humorous, we get the funk. Because as a general rule, ghosts almost always scare people, even those who play brave and say that ghosts don’t exist.

The first associations, and the most original, of the word ghost we link it with darkness, castle, abandoned house, moving sheet, chains, dead, panic…
The second meaning of ghost (and the most pleasant) we associate colloquially with fantasy, that is why we say this guy is a ghost or what a ghost he is , when for example we want to highlight that someone is exaggerated or as we would say vulgarly… he is crazy.

There are countless movies that talk about ghosts, plays, stories, comics, legends… Since we were children we have grown up surrounded by ghosts in the broad sense of the word. Many times the figure of the ghost appears as something negative, but other times we see it as a window to the afterlife.

Therefore, it is normal that there are many stories and rumors about ghosts, for example that they never want to scare us but that they simply make themselves known and draw our attention , or for example if there is a ghost in the room where we are us will produce a feeling of cold , or also that the noise of the bells calls their attention…

Why do ghosts appear in our dreams? Are they precognitive dreams?  Is it perhaps a representation of the past?

GENERAL MEANING OF DREAMS WITH GHOSTS.

A first interpretation is the one that defends that dreams with ghosts occur because there is a direct or indirect relationship with death , since we begin to be aware that sooner or later we will die, and therefore our subconscious now presents the ghosts and the spirits in our nightly dreams.

Our ancestors thought that if we dream of ghosts it was because death was approaching one of our relatives, it could be said that destiny was hovering around us .
Dreams with ghosts often turn into nightmares , so we will wake up nervous and with the image of the ghost in our head. That is good because it will allow us to remember it exactly as we have dreamed it and therefore we will interpret it as it really deserves.
It can also represent advice, a warning, in which the ghosts of our relatives or friends inform us not to let ourselves be influenced by certain people or a certain project. They come in dreams to help us and tell us that something is not right or also because they are angry with our way of acting and behaving in certain situations.

TYPES OF DREAMS WITH GHOSTS

DREAM ABOUT AN EX BOYFRIEND TURNED INTO A GHOST

When we dream of a ghost represented by an old partner, for example a girlfriend to a boyfriend, it symbolizes the fear of what they will say and what others will think of us, in some way that ghost represents the past in the sense of love, therefore we are facing a new relationship that may be emerging with our old girlfriend or boyfriend.

MEANING OF DREAMING OF GHOSTS INCARNATED IN RELATIVES

Those kinds of fantasies have infinite interpretations and all of them are probably valid. One of the most defended meanings is that the relative represents a pending burden, that is to say that in the past we have not fulfilled any of our promises. It does not have to be a breach in front of this family member, but it could have been with any other person in the group, but in our minds we identify it that way.

MEANING OF DREAMING OF GHOSTS THAT HAUNT US

The main symbology of this dream shows a feeling of insecurity in the person of the dreamer. We feel insecure, in a general way in life or in a specific situation. The ghost that haunts us represents our fears which we must leave behind.

Many of you will say “what a silly dream”… well, far from what you may think, it is one of the most common dreams in general. It is a clear example of maturity, we are in a phase in life in which we grow individually and psychologically. The ghost presses on us as if it were childhood or puberty, but our body and mind face it and want to wake up.

MEANING OF DREAMING OF GHOSTS LIVING AT HOME

If any of us dreams that he has ghosts in his house, it is because he is still immature, he is afraid of anything, he thinks that something is going to happen to him, and he believes that his house is the only place where he feels safe; That is why we see the ghost at home as an affront, which tells us that we have to be brave in life and stop hiding.

PSYCHOLOGY IN DREAMS WITH GHOSTS

Often the psyche is represented in dreams as a past time, adverse events which we have to overcome and move forward with them in life. What’s done is done, we don’t have to regret our mistakes or what we’ve done wrong all our lives. We must abandon the torments, because nothing can be done anymore, and mistakes are mistakes in time but not in life.
We have to be brave, we cannot be frightened during our entire existence, of nothing.
Ghosts in the strict sense are spirits, uncertain entities and often obsessed. It is normal that dreams, with all the mixture of memories, images that we have in our mind, resemble ghosts.

SPIRITUAL INTERPRETATION OF DREAMS WITH GHOSTS.

In a way, if we stick clearly to the spiritual meaning of dreams with ghosts, this must represent joy and happiness ; because spiritually the dream represents the duality that separates the body and the mind, being able in a certain way to initiate something similar to a trip in the astral sense.

Meaning of dreaming about Echo

What does it mean to dream about anorexia

What does it mean to dream about abortion and blood

What does it mean to dream of advice?

meaning of dream about young people

What does it mean to dream about baby Jesus 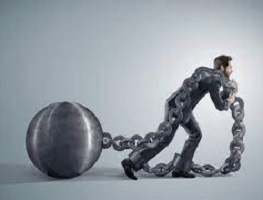 Being Dragged in a Dream Dream of insects on the body

What does it mean to dream about biting Meaning of dreaming with alarm

What does it mean to dream about bugs

What does it mean to dream about stars? 40 dream interpretations

What does it mean to dream of Gas Lamps?

What does it mean to dream of Animosity?

What does teasing dream mean?

What does it mean to dream of brushing your teeth?